John Squier graduated from Walt Disney ‘s California Institute of the Arts in 1979. He worked as an illustrator and designer in Hollywood and New York City before returning to his native Connecticut in 1990. There, he opened a community-based art space called Jon Art Gallery. He founded the nonprofit organization ‘Collinsville Artists’ in 1992. There he served as president and host of the popular Collinsville Halloween Parade until 2018. Jon has taught drawing and design at the college level. He continues to teach cartoon art to youngsters as an after-school program. He currently operates a working studio at the Clarkdale Classic Station on Main St., Clarkdale, Az 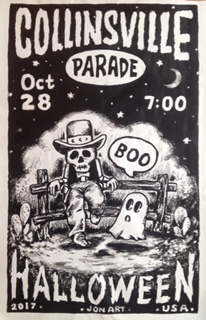 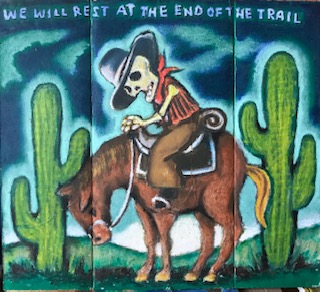 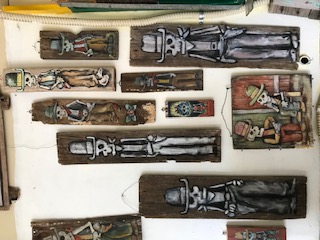